The film project On Recreation (working title) by The Post Film Collective is based upon an exploration of polyphonic authorship. The project takes its cue from the poem ‘Recreation’ (1973) by Audre Lorde. In her poem, Lorde explores a double binding of interrelating activities – ‘it is easier to work / after our bodies/meet’ – that led to what she claimed was ‘recreation’, with its connotations of play, reciprocity, care, repetition, and regeneration. The film process is available for the continuous re-composition of both conditions and artistic forms. The gathering of various languages, expressions, and rhythms prevents film production from nesting neatly. 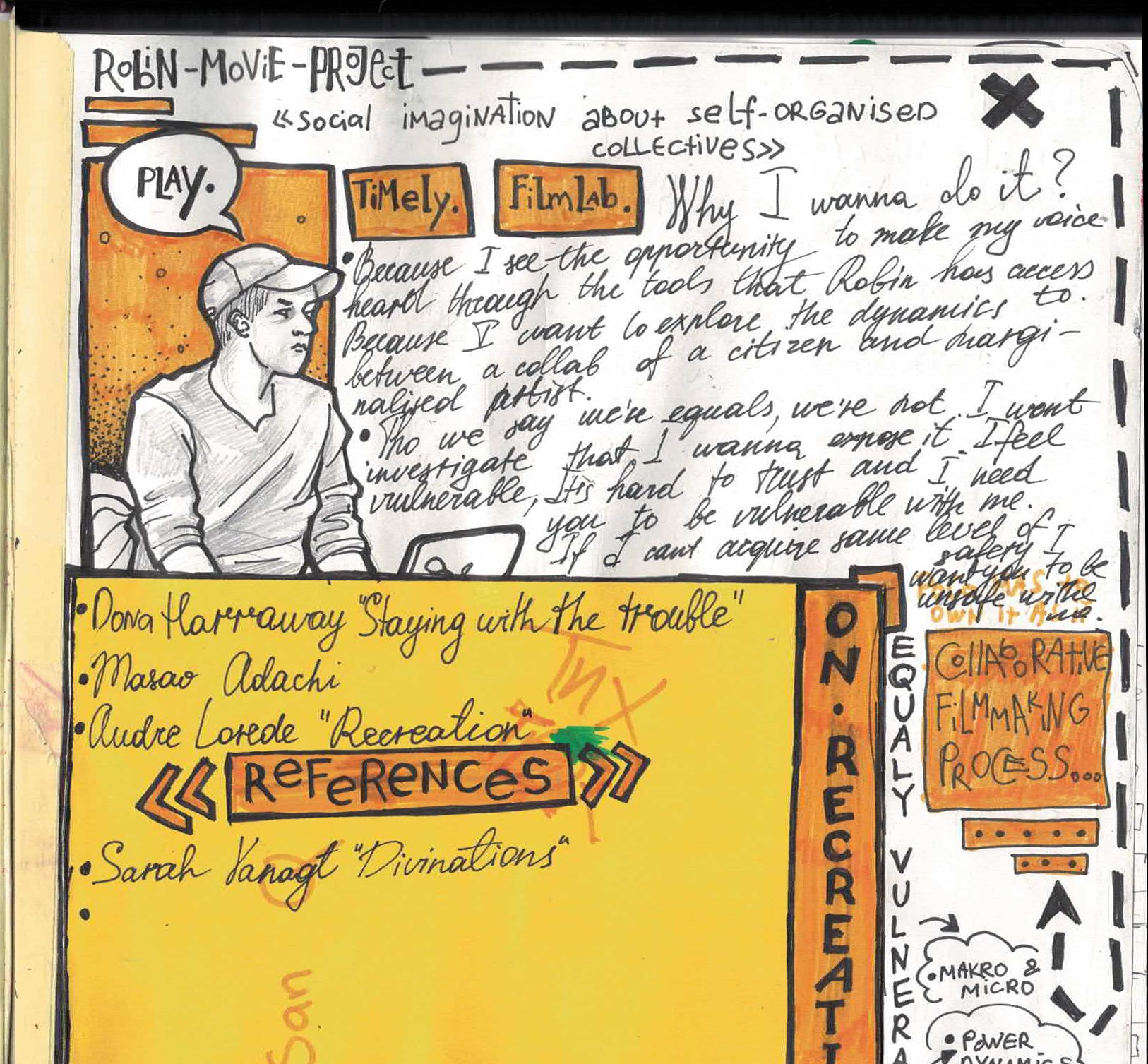