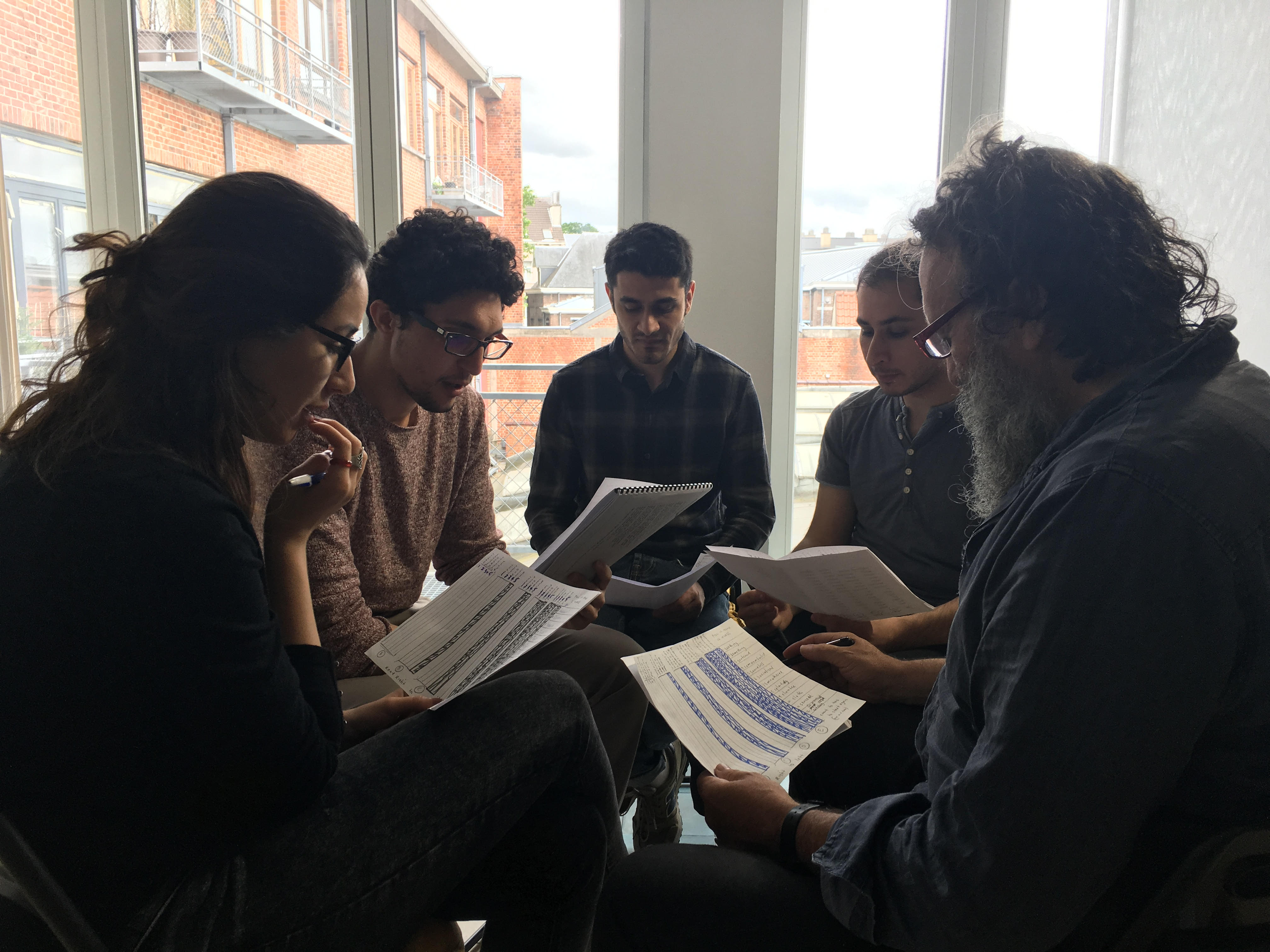 ‘the wasp and the weather’ is Robin Vanbesien’s new film that focuses on Rzoezie, a former youth centre in Mechelen, Belgium. Rzoezie was founded and organised in 1978 by young people of Moroccan and Amazigh descent. Inspired by Paulo Freire’s ‘Pedagogy of the Oppressed’, the centre focused on education and organisation by the youngsters, for the youngsters: bottom up and from the inside. “Rzoezie” is the Arabic word for “wasp”.

In the centre the youngsters wrote poetry. These poems preserve to various extent the activist history of the moment in which they were written and dedicated to (1990-2000). In ’the wasp and the weather’, some of the original authors (M’Hamed El Ouali, Abdelhay Ben Abdellah) and contemporary poets (Samira Saleh, Mathieu Charles, members of the Post Collective) revisit, recite and discuss these poems.

The vocal score ‘Twelve Words’ is a response to Rzoezie’s poetry by The Post Collective.
The performers of the collective – Fatma Alomrani, Muhned Bnana, Hooman Jalidi, Marcus Bergner and Mohamed Tawfiq – improvise with twelve alliterating words in their mother tongue: Amazigh, Arabic, English and Farsi.

’the wasp and the weather’ (2019) is part of an ongoing study of the imaginary which holds together self-organized social practices (starting with the film ’Under These Words (Solidarity Athens 2016)’ 2017).

photos from the Q+A at Nona by Daan Broos